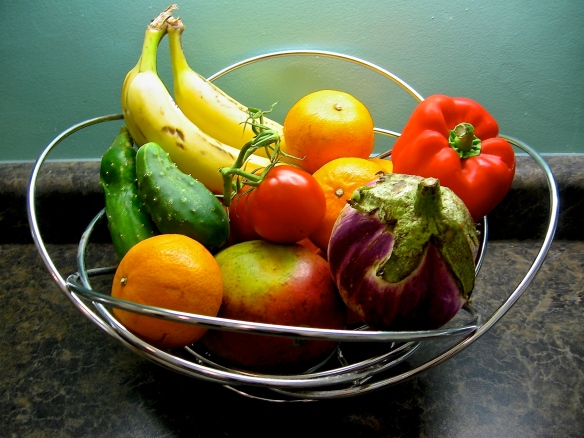 Even my four-year-old knows that rhyme. But there’s more to it than you might think. The fact is, there are some carbohydrates that many people’s guts absorb poorly – in fact, there are some that everyone absorbs poorly. Beans, for instance, contain galacto-oligosaccharides (GOS), and we humans don’t have the enzymes to break them down ourselves. Bacteria in our guts break them down rapidly, resulting in lots of gas.

Temporarily musical bum or not, most people can handle a certain amount of the carbohydrates we all malabsorb. People with irritable bowel syndrome (IBS), however, experience greater symptoms than most, and may in addition be sensitive to other types of carbohydrates that other people’s bodies process more efficiently. By reducing the amount of poorly absorbed sugars we ingest, people with IBS can usually experience at least some level of symptom relief. That is the essence of the low-FODMAP diet.

FODMAP is a bit of a mouthful – pun intended. It stands for Fermentable Oligo-saccharides, Di-saccharides, Mono-saccharides And Polyols. These include lactose, fructans, fructose, mannitol, and many other types of sugars (not necessarily sweet-tasting). Some people with IBS are sensitive to some of these but not others, while others (like me) are sensitive to all of them.

Gluten, incidentally, is not a FODMAP. Wheat and other gluten-containing foods are high in fructans, a carbohydrate that everybody absorbs more or less poorly, which is why people with IBS who are not gluten-intolerant should avoid them in large quantities – however, they can usually handle a small amount, such as the amount of wheat in regular soy sauce. Some people, however, suffer from gluten intolerance as well as IBS. This includes me. Lucky me.

Researchers at Monash University in Australia, led by dietician and research scientist Dr. Sue Shepherd and gastroenterologist Dr. Peter Gibson, came up with the low-FODMAP diet based on rigorous, double-blind testing. Unlike pretty much everything else I’ve seen that claims to relieve symptoms of IBS, there is real science behind this. You can find more details in the excellent book The Complete Low-FODMAP Diet, which contains plenty of recipes as well as a thorough explanation of the science and how it relates to people with various gut issues. I cannot recommend this book highly enough.

Monash University also publishes a booklet outlining the science and listing low-FODMAP foods and the quantity recommended for moderate-FODMAP foods. The information is also available on smartphone apps for iPhone and Android (yay, finally!). More information on both is available on Monash University’s low-FODMAP resources page. I would recommend you get the app if you have a compatible smartphone, the booklet if you don’t.